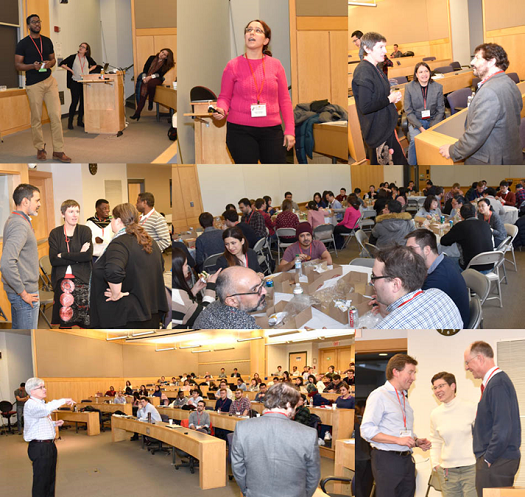 One of the most successful mechanisms to interact with scientists and engineers from industry and other sectors is through the MRSEC-sponsored, quarterly New England Complex Fluids (NECF) Workshops developed by Weitz and Fraden. The Harvard MRSEC hosts the December workshop on the last Friday of the Fall MRS meeting to attract an even wider audience. The 77th NECF workshop at Harvard in December 2018 celebrated the 20th year of NECF with over 180 registrants and 60 "sound bites," from regional researchers. These popular soft matter workshops have taken root in several national (New York area, DC beltway, Triangle Park, Atlanta) and now international (Swiss, Amsterdam and China Soft Matter Days) efforts as Harvard MRSEC alumni have established new working groups in their localities.