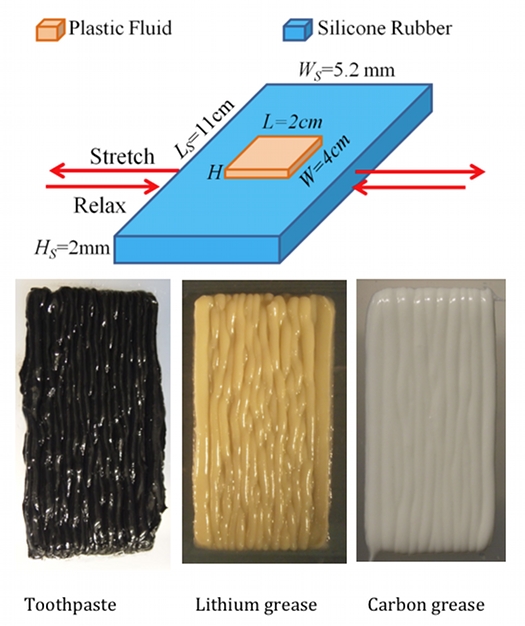 Carbon grease is commonly used as a compliant electrode for actuators based on dielectric elastomers. In studying the large strain cyclic actuation behavior, Clarke and Suo observed a previously unreported morphological instability of carbon grease in which an initially flat surface breaks up into waves. Their experiments on other fluids show this is a general instability of plastic fluids, which they attribute to ratcheting.