A Biophysical and Biomechanical Analysis
of Worm Motile Behavior 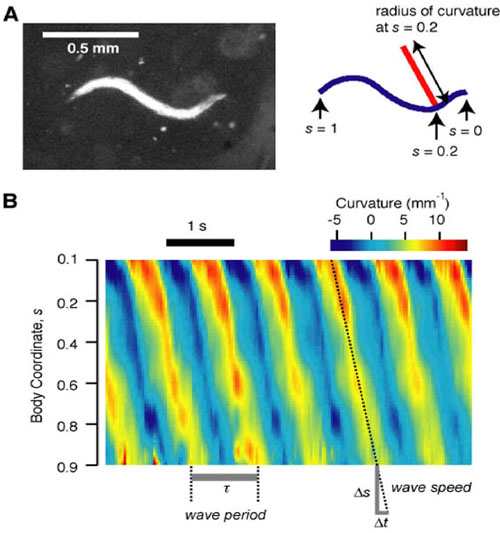 Samuel and Mahadevan have studied the navigational behavior of the nematode C. elegans. The worm, with its 302-neuron nervous system, may be considered a "hydrogen atom" for animal behavior; the simplest animal model system that can be understood with completeness and rigor, while shedding light on more complex systems. They developed quantitative methods to describe and perturb worm behavior. The worm swims by propagating undulating waves along its length. Thus, at each point along its length, the relative relaxation and contraction of specific muscle cells generate torque and curvature on, what is essentially, an elastic rod. By specifying the curvature, as a function of time and space, they have described worm motile behavior in a way that is both theoretically complete and experimentally useful. This may also provide guidance for new methods to design systems for propulsion in sand or water.